What’s less well-understood is that aluminum can also be some of the toughest stuff on earth. Often, the metal is used in applications where high-strength and durability are the most important considerations – from cars and trucks to building material to military vehicles. You likely trust aluminum to keep you safe and secure dozens of times a day without even knowing it.

The secret to aluminum’s strength comes down to chemistry. Pure aluminum is mixed with other elements to create high-strength alloys. Common additives used to increase the strength and formability of aluminum include silicon, magnesium, and copper. Aluminum-zinc alloys are some of the strongest alloys available today and are commonly used by the automotive and aerospace industries.

The airframe of the famed F-16 fighter jet is mostly aluminum. 80% in fact. 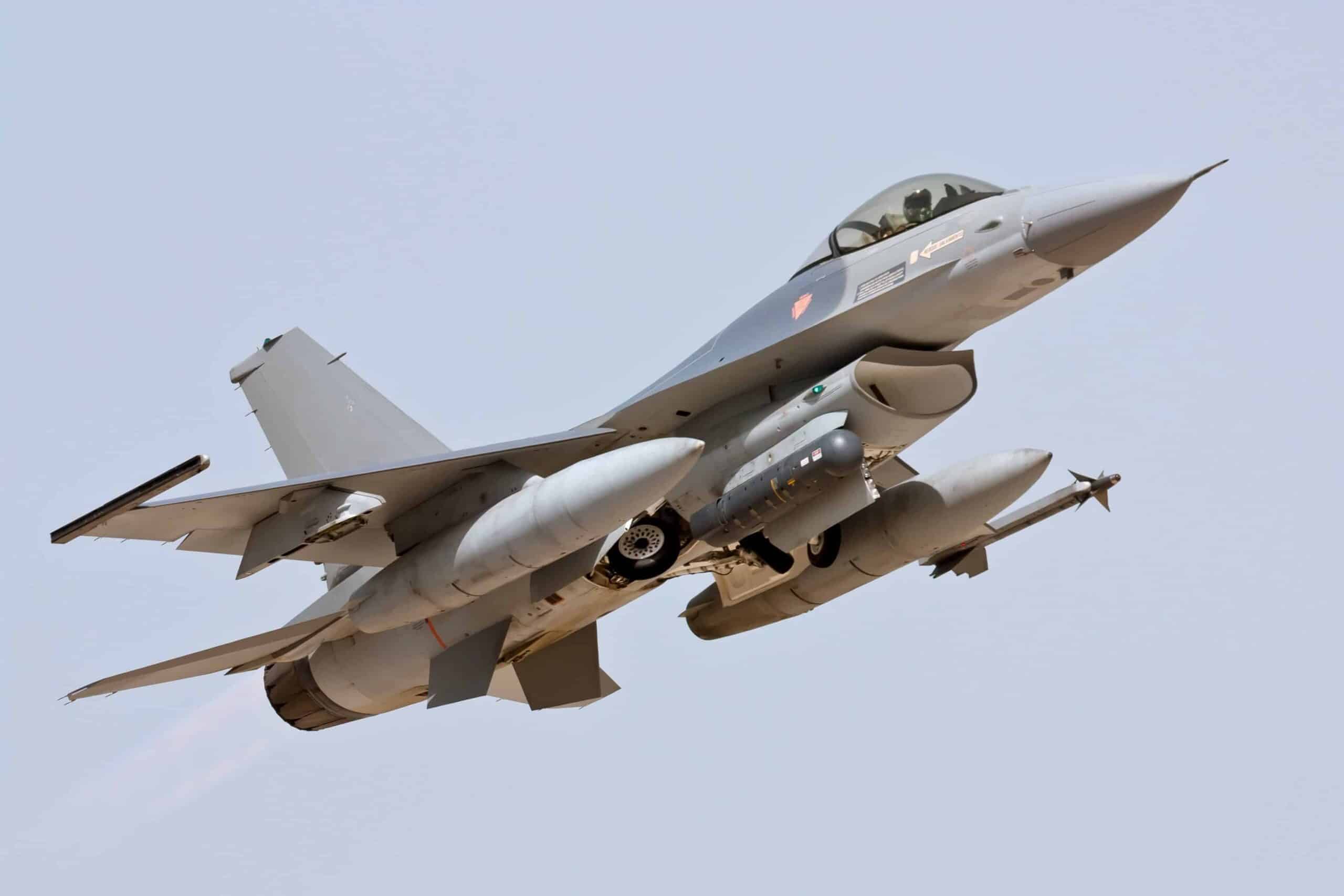 Many of the world’s tallest skyscrapers are made using high-strength aluminum alloys. 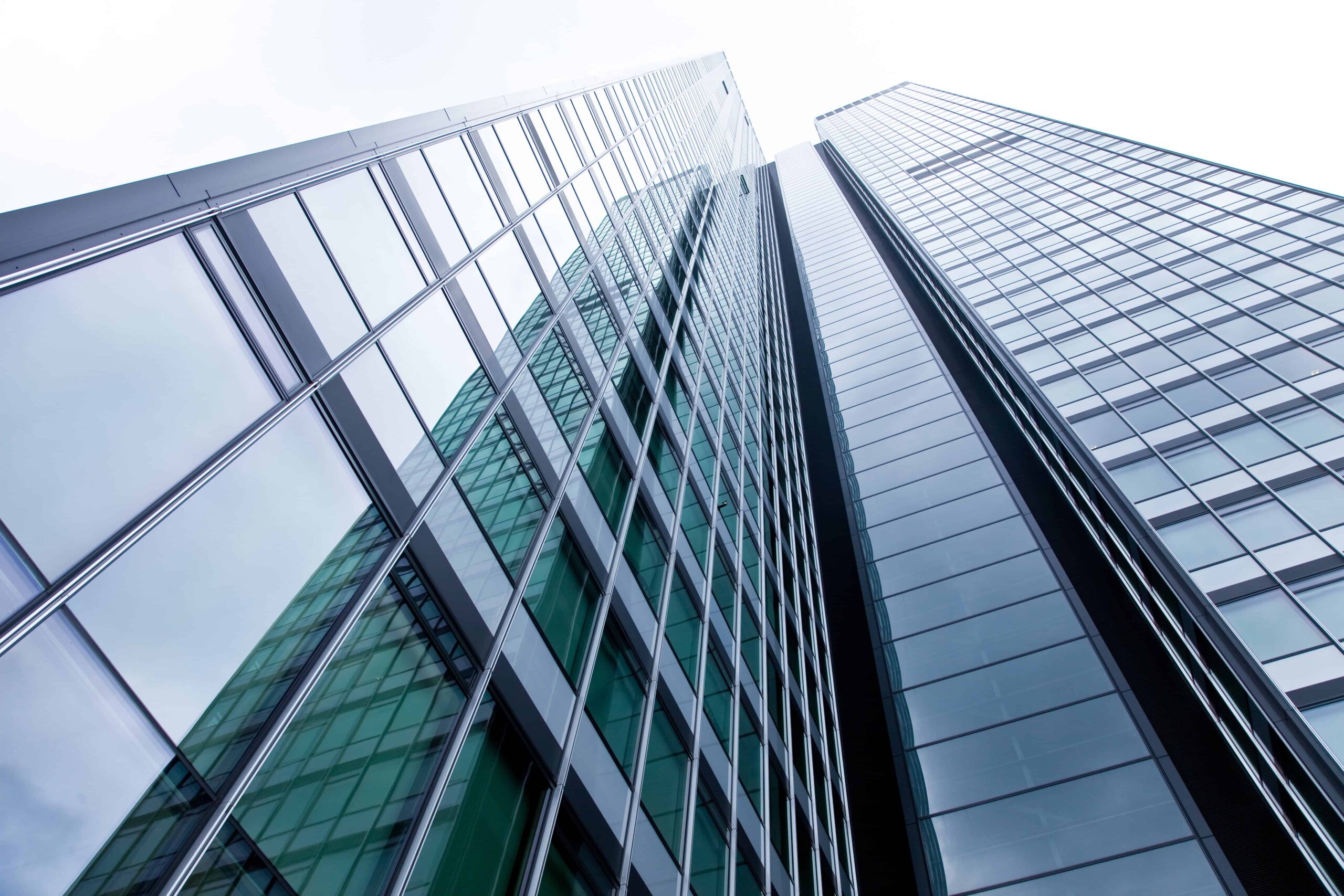 NASA chose a high-strength aluminum-lithium alloy to make the new Orion spacecraft which is destined to take human passengers to Mars. 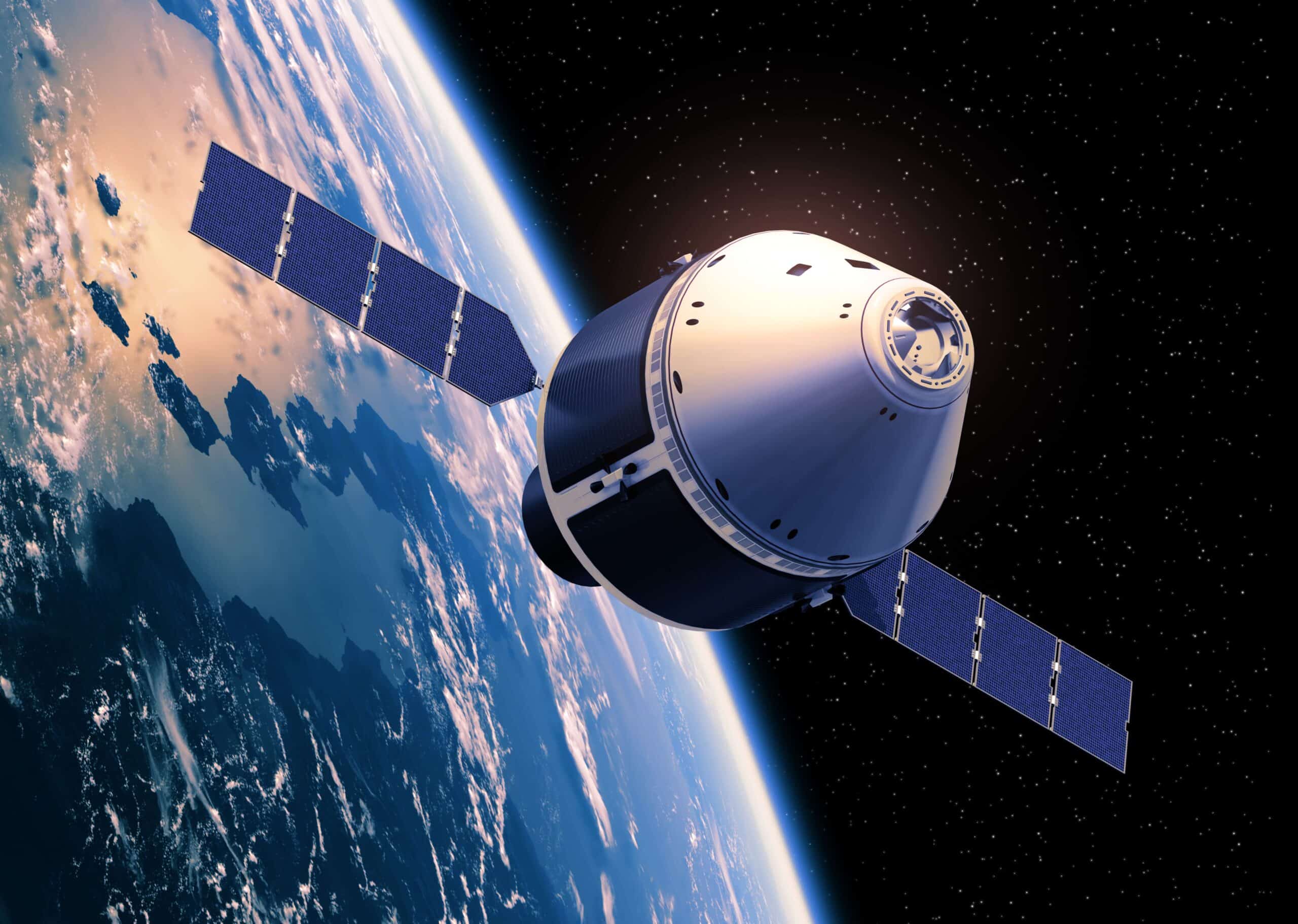 The U.S. Army has used aluminum for decades to protect its troops. The Humvee and the Bradley Fighting Vehicle both have high-strength, crash-absorbent aluminum in its construction to reduce weight and resist rust and for it’s reliability. Aluminum armor plating is even used to resist explosives and other attacks. 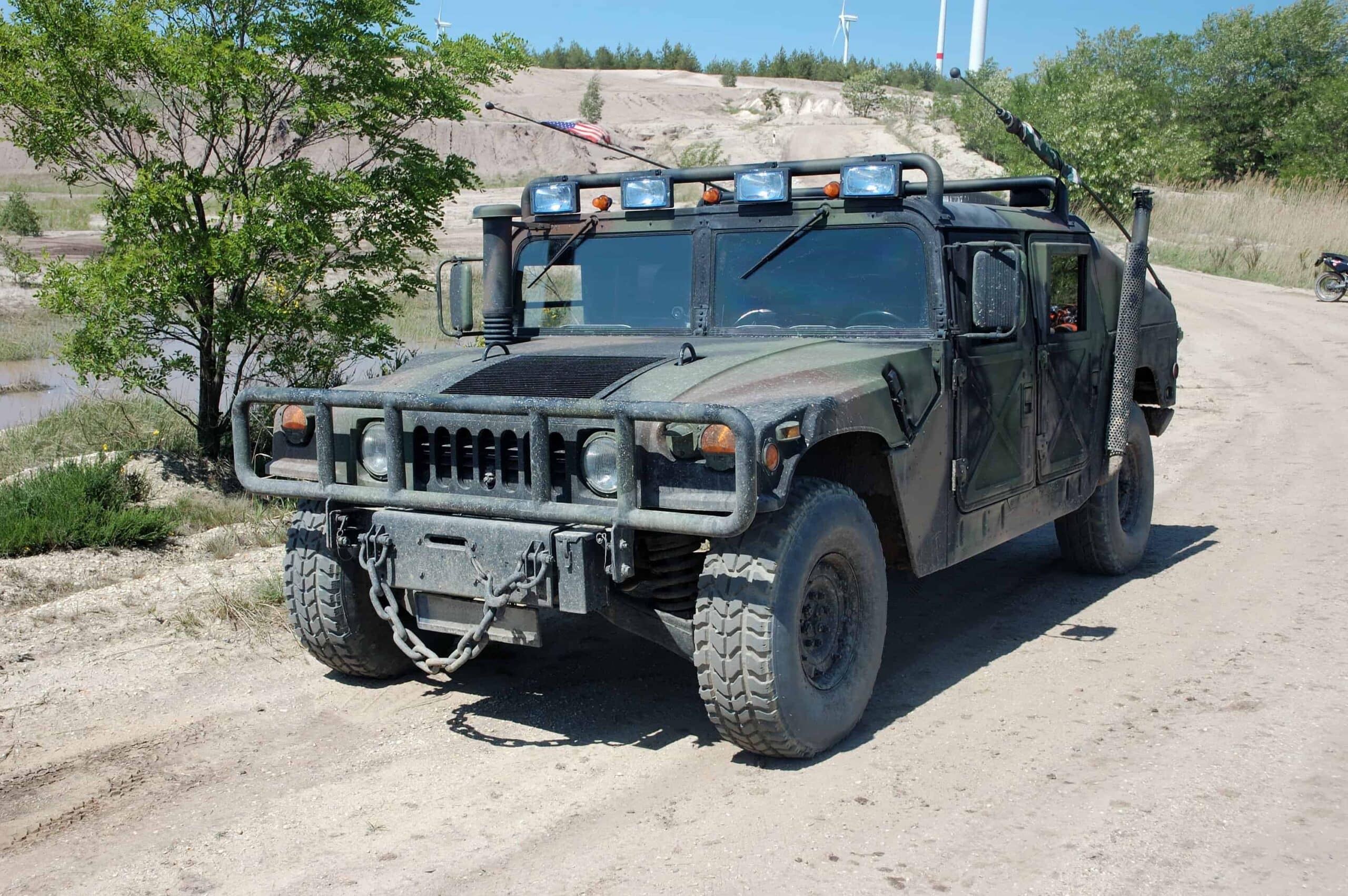 Aluminum bars are used to make shark cages because it won’t corrode in salt water, and because of it’s strength and buoyancy. 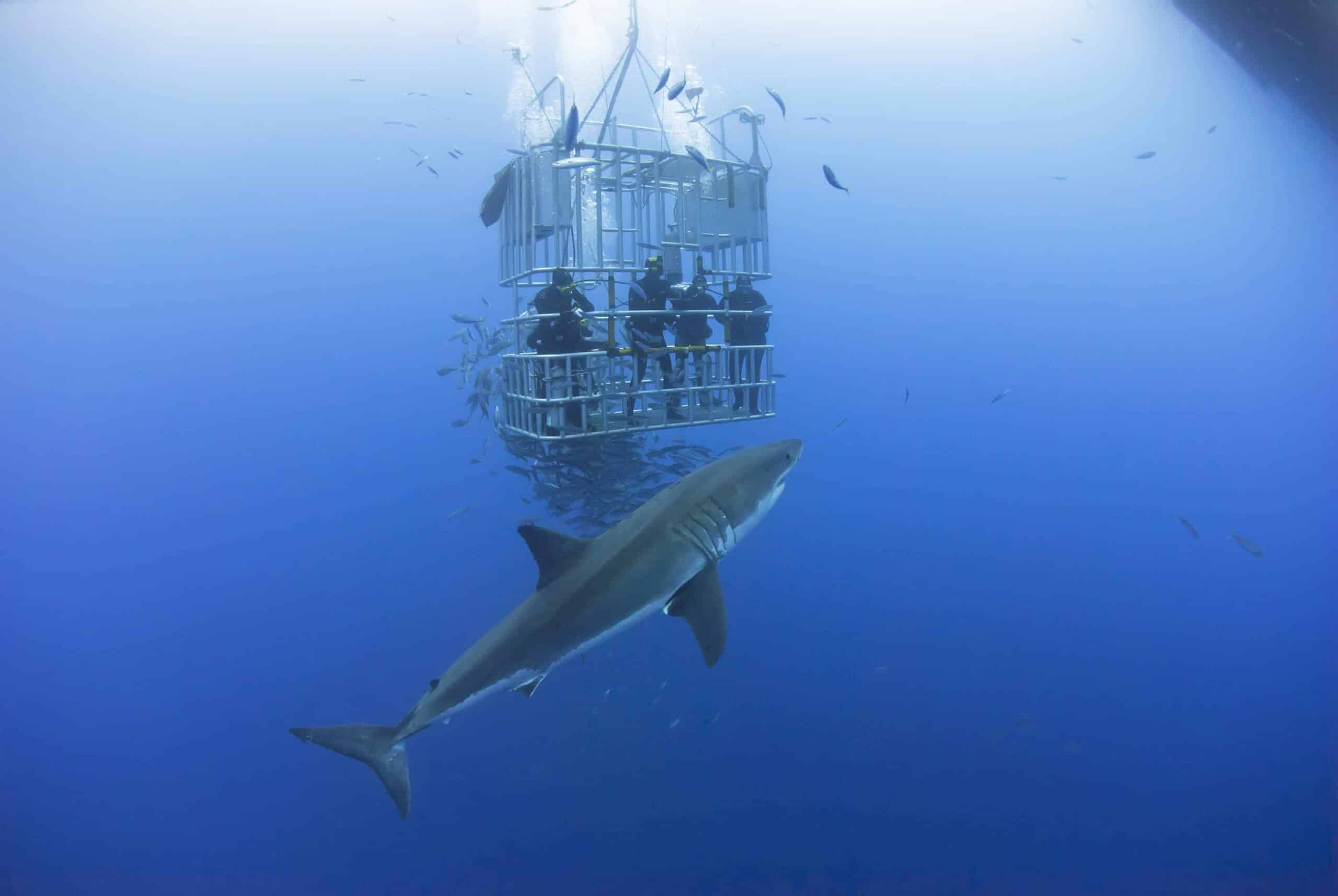 In 1903, the Wright brothers used aluminum to make the engine crankcase for their first wood-frame biplane. 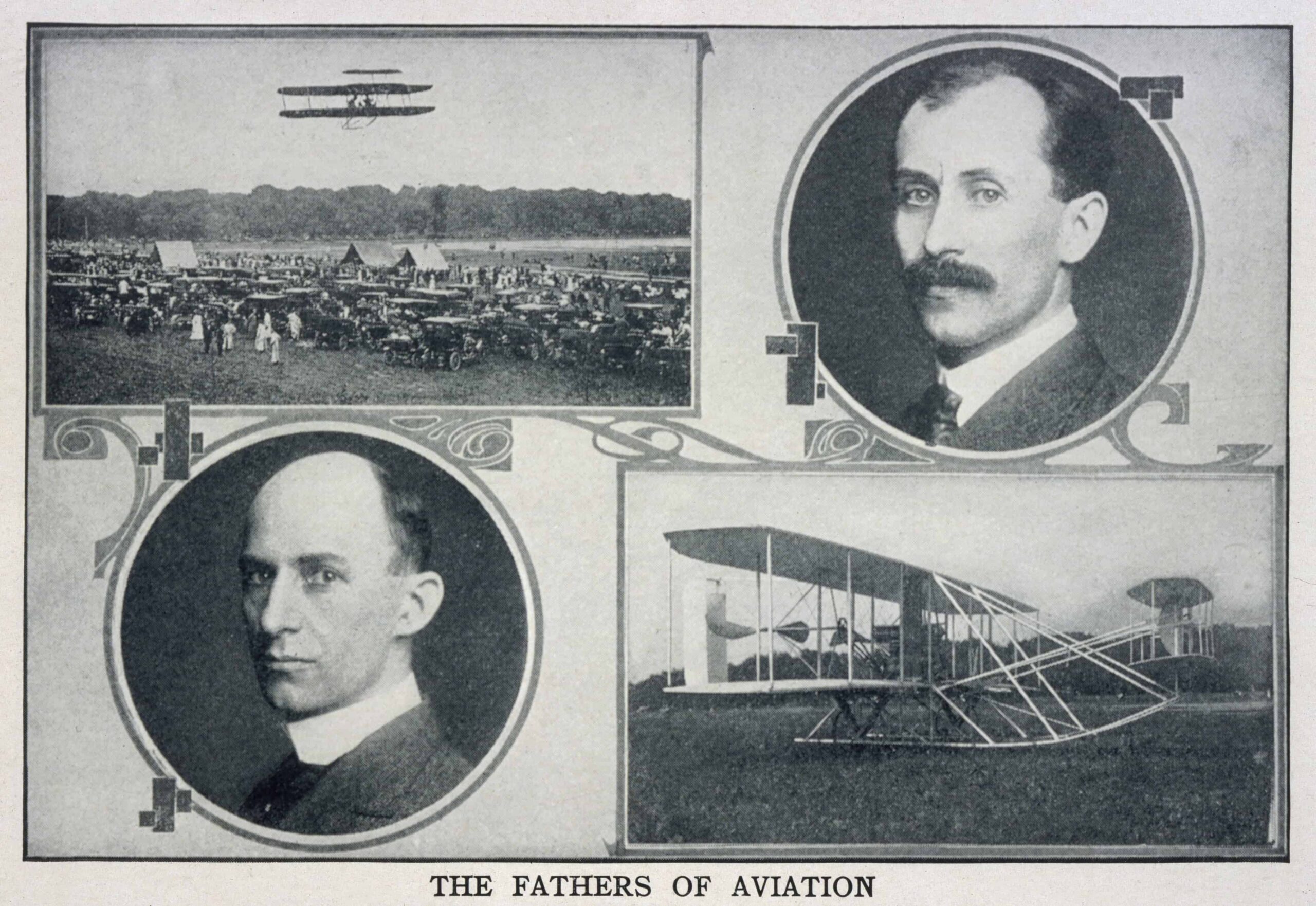 The 2015 Ford F-150 truck shed 700 pounds (approximately 15 percent in vehicle body-weight) with a high-strength, military-grade all-aluminum body. This weight reduction enables Ford’s trucks to go farther on a gallon of gasoline and opens the door to other changes, like smaller engines, that can further boost fuel economy. 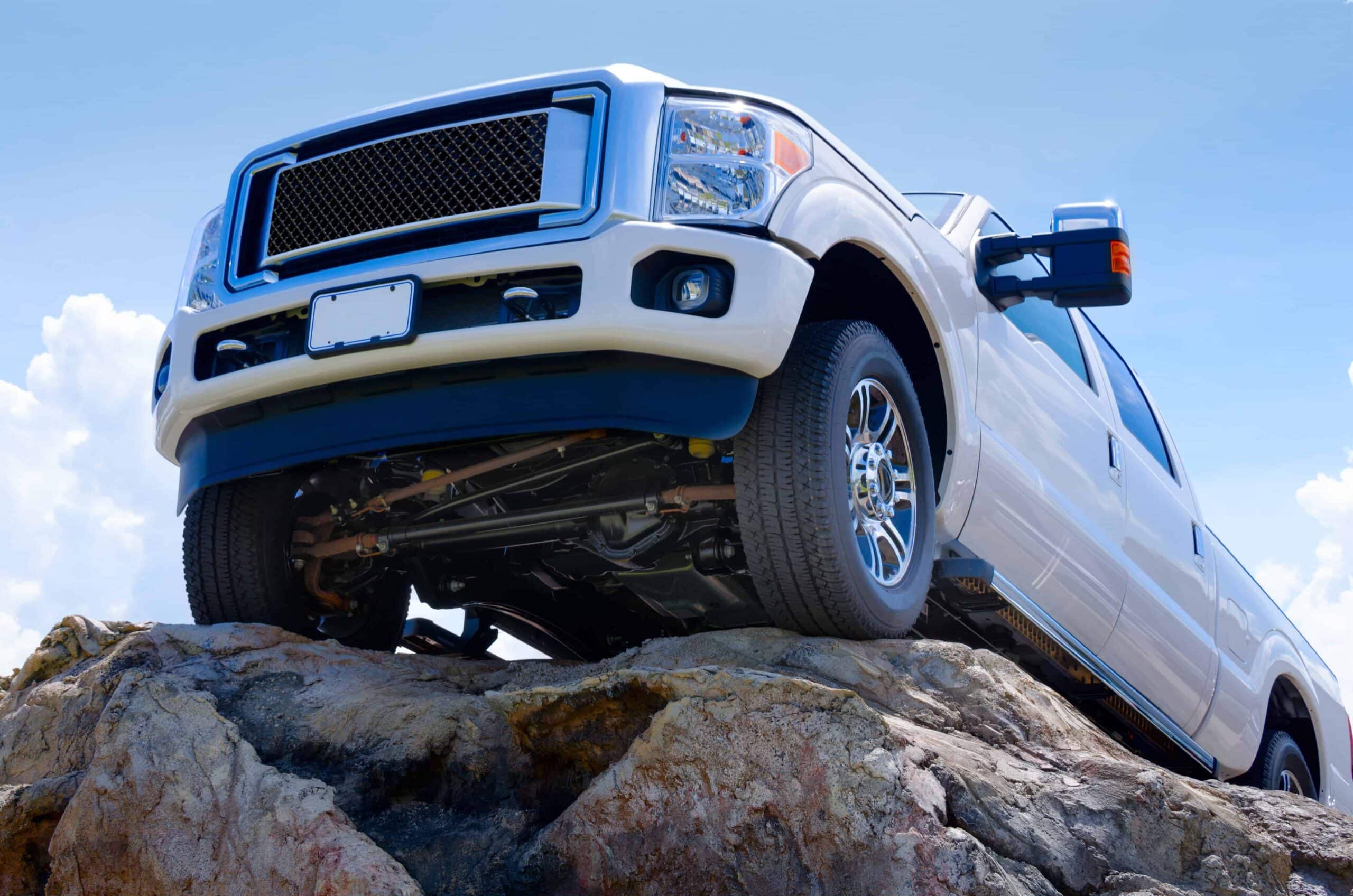 In 2013, Ford’s President and CEO Alan Mulally sang the praises of automotive aluminum in a number of media interviews surrounding the announcement of the new F-150 truck. Among other comments, Mulally said, “pound for pound, aluminum is stronger and tougher than steel” and “[aluminum] will be the material of choice” for Ford moving forward.

Aluminum is now the leading material for use in automobile powertrain and wheel applications and continues to gain market share in hoods, trunks, doors and bumpers and complete vehicle structures. 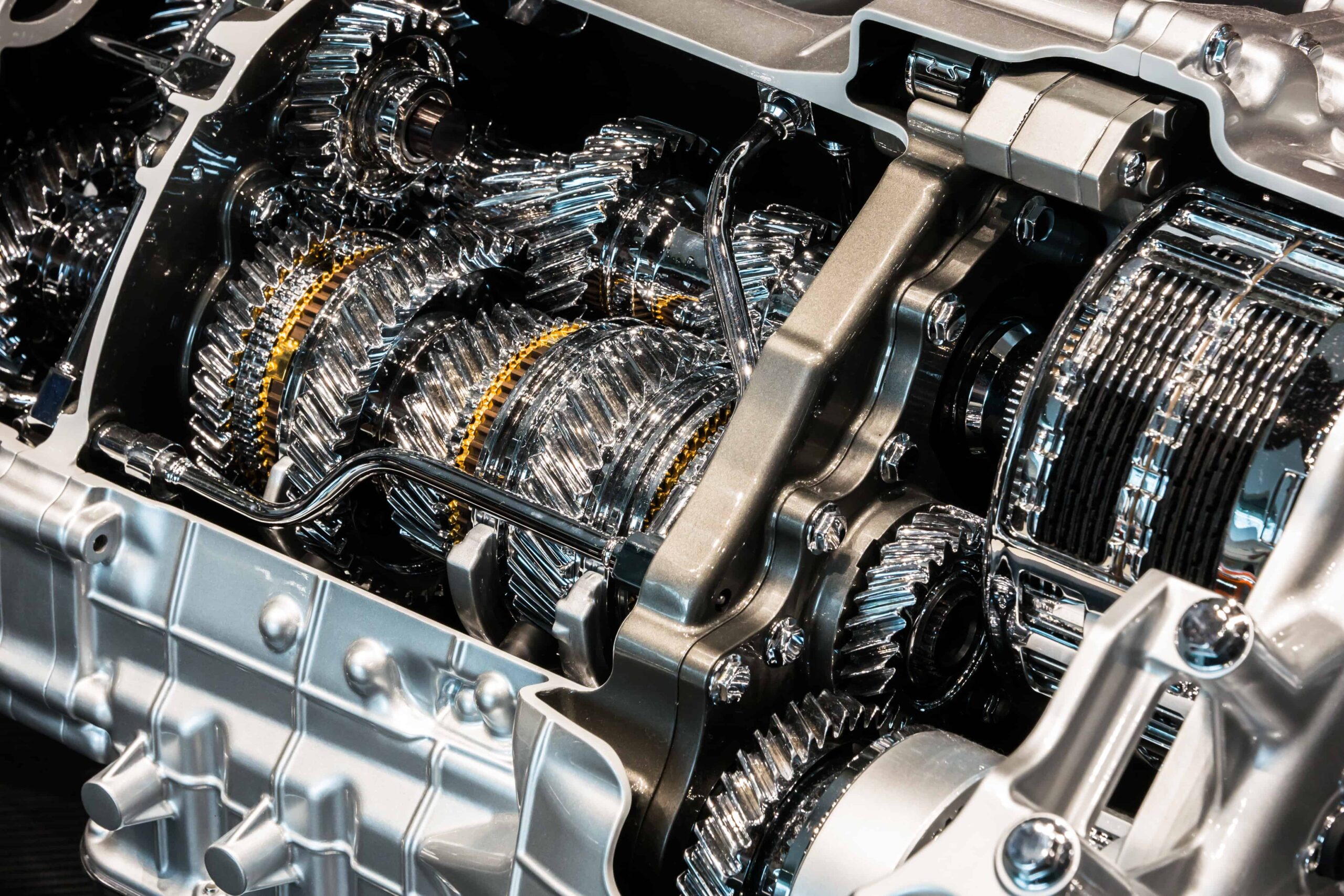 Aluminum is an infinitely recyclable metal, and recycled aluminum is as strong as first-generation aluminum, but only requires 8% of the energy needed to manufacture it rather than recycle it. 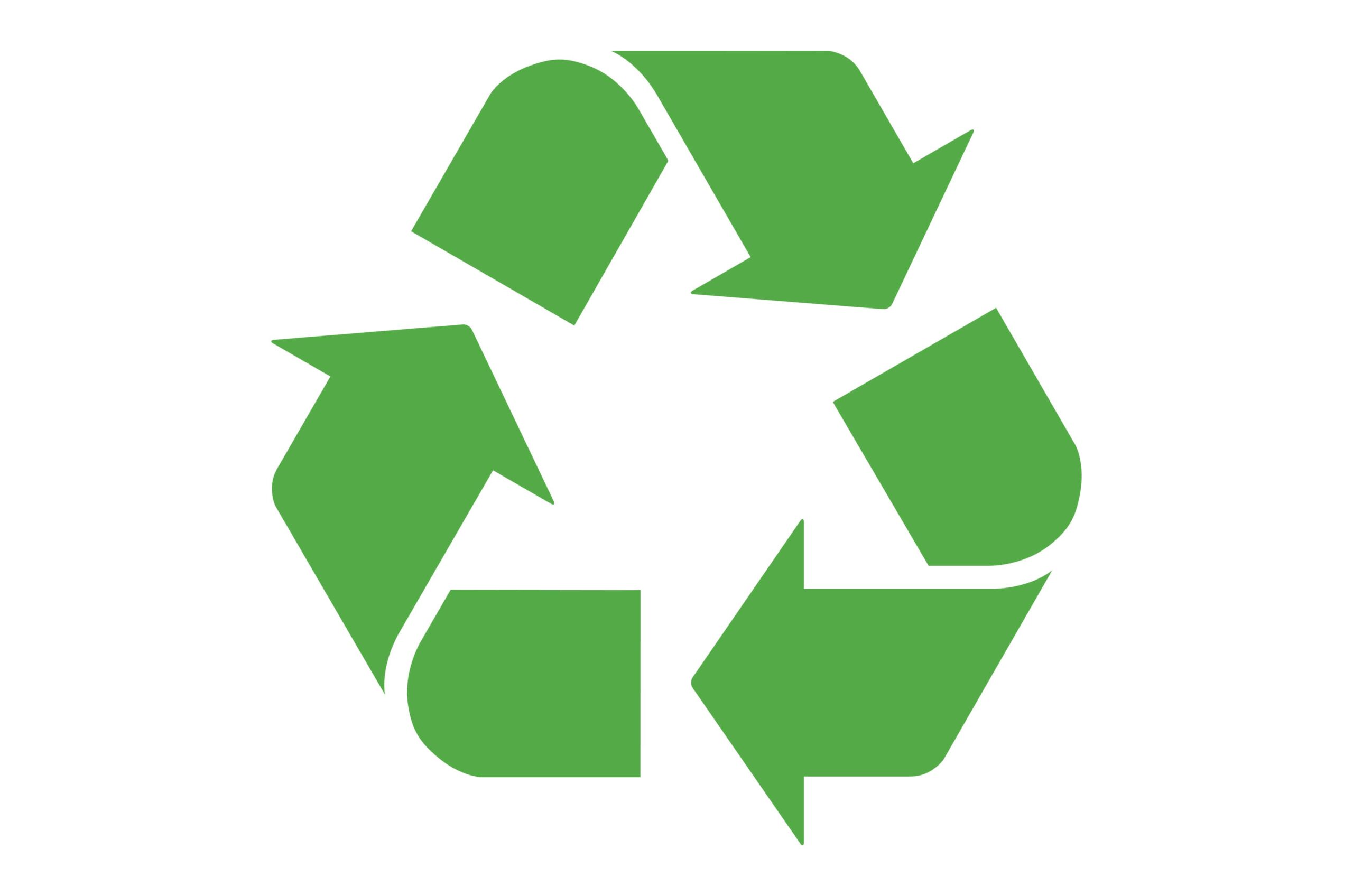 Recycling 1 ton of aluminum saves the energy equivalent of 21 barrels of oil. 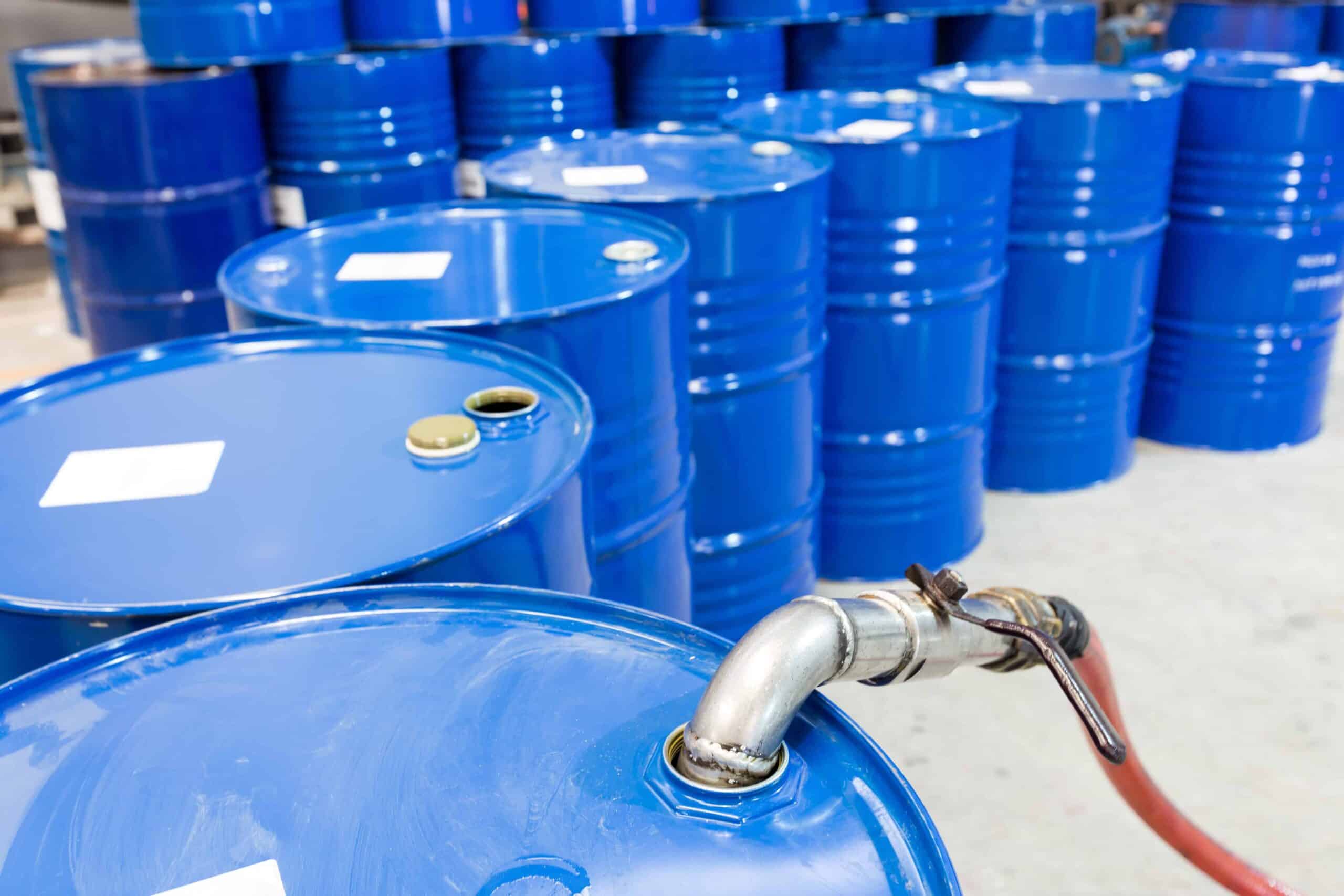 Aluminum (auto) body structures are equal or superior in strength to steel and absorb twice as much crash-induced energy.

Because aluminum is lighter, it allows automakers to increase dent resistance —they can make body panels thicker while still lowering weight.  And a lower weight vehicle has better acceleration, better braking and better handling.  In addition, lighter vehicles can haul and tow more because the engine isn’t carrying unneeded weight.

In the building industry, aluminum’s ability to reflect 95 percent of solar energy significantly reduces the cost to cool buildings.

Aluminum is one of the only materials in the consumer and industrial waste stream that more than pays for its own recycling. This recycling process propels business activity rapidly. Aluminum cans return from the recycling bin to the store over and over again in a true closed loop.

Aluminum first entered the mainstream U.S. product market in the early 1900s, through applications in the aluminum foil and packaging industry. Additionally, nearly 75 percent of all aluminum ever produced is still in use.

In the United States and Canada, the industry recycles more than 5 million tons of aluminum each year, most of which goes back directly into the North American supply.

In 2007, Apple CEO Steve Jobs released a letter recommending changes to the company’s environmental policy to achieve “a greener Apple.” Jobs specifically encouraged the company’s adoption of aircraft-grade aluminum to improve recycling uptake. At that time, Jobs forecasted Apple would increase recycling effectiveness from 9 percent in 2006 to 28 percent in 2010. This goal was surpassed. The company achieved a 66 percent recycling rate in 2009 and has set a goal of 70 percent for 2015.

Nearly 40 percent of the North American aluminum supply is now created through secondary production (recycling processes). This figure is up from approximately 30 percent in the early 1990s.

Unlike wire conduit made from steel, rigid aluminum does not spark, resists corrosion and will not rust. These properties of aluminum are vitally important for electrical applications within coal mines, grain elevators and refineries (where the sparking can lead to catastrophic outcomes).

Aluminum is superior to steel and iron in its ability to reflect the infrared (heat) rays of the sun. Properly coated aluminum roofs can reflect up to 95 percent of the solar energy that strikes them, dramatically improving energy efficiency. Aluminum is a key component in LEED-certified green buildings.

Infinitely recyclable and highly durable, nearly 75 percent of all aluminum ever produced is still in use today. Aluminum is 100 percent recyclable and retains its properties indefinitely. Aluminum is one of the only materials in the consumer disposal stream that more than pays for the cost of its own collection.

Recycling aluminum saves more than 90 percent of the energy that would be needed to create a comparable amount of the metal from raw materials. Tossing away an aluminum can wastes as much energy as pouring out half of that can’s volume of gasoline. Nearly 75 percent of all aluminum produced is still in use today.

More than 162,000 workers are directly employed in the aluminum industry.  In total, more than 692,000 U.S. jobs are supported by the production, processing and use of aluminum.

The U.S. aluminum industry generates nearly $71 billion a year in direct economic impact. When all suppliers and related business functions are taken into account, the industry drives $174 billion in economic impact— almost 1 percent of GDP.

Voluntary environmental efforts mean that aluminum made in North America is more sustainable today than ever before. Energy required to produce new aluminum is down more than a quarter since 1995 and the industry’s carbon footprint is down nearly 40 percent.

General Motors announced in 2018 that a “mixed materials strategy” removed up to 450 pounds of weight from the next-generation 2019 Chevrolet Silverado. That strategy now includes aluminum.