The three-person crew was very courteous

★★★★★ 5/5
Ontario Roof Reviews
Hello Barry
My wife and I are very impressed with the looks of the INTERLOCK black slate roofing system that was just installed on our home in the Huntclub Road / Conroy Road area in Ottawa.
The crew that installed the roofing material during the 3rd and 4th weeks of January 2019 worked through and around temperatures between +.5°C to -25.°C, two weather events that dropped 46 cm of snow and 6 mm of rain and freezing rain plus the occasional days of lite snow flurries.
The lead installer told me that a normal installation for the size of our roof could take 2 to 3 days in the spring, summer and fall but with the unpredictable weather doing winter jobs it can take longer as some days with the extreme cold and dumps of snow it’s just too dangerous to work outside let alone on a roof.
The three-person crew was very courteous and answered any and all questions my wife and I had during the installation process and they made sure the work site was clean and tidy before leaving for home.

Thank you,
Anna and Randy
Ottawa, ON

My asphalt shingle roof was starting to curl and disintegrate after just ten years. Although I had considered metal the last time around, the cost seemed too high. This experience suddenly made it seem like the better choice.

Barry arrived on June 16 and delivered a wonderful presentation on the merits of Interlock aluminum products, reaffirming much of the information available on the internet. The price quoted was more or less as expected, although he did talk me out of the more expensive shake profile which featured in my plans. The one surprise was that my preferred colour, the aged copper, came at an added cost. It would have been helpful had the website indicated that it commanded a premium price.

The timeline was for installation anywhere from 2 to 7 weeks from signing. Provincial Foreman Tony advised me that the boxes of metal shingles and other materials would be delivered on June 27, but they actually arrived early the following morning.

Kelly headed up the crew who did the actual installation. He kept me advised about timing and let me know when illness delayed their arrival by a few days. They showed up as promised on July 7 and had about half the house done before noon, working very smoothly together as a team, with the underlayment completed. Note that the underlayment comes with its own 50-year warranty and claims that it can cover a roof for up to six months without protection. This may be standard but seems like good quality to me.

Cleanup was very good. The roof was completed on their second day of work, July 11, with a weekend of rain intervening. They also managed to do the entire garage roof (a separate building) the same day. The house roof is 17 squares, with the garage being another 7. Both are hip roof style.

Cleanup was again quite good – I followed around for the final look and didn’t spot anything. However, the next day a closer look around found several strips of the cut asphalt shingles on top of a hedge and in a flower bed (well hidden, in all fairness), along with a few small pieces of cut aluminum which might pose a hazard for some of the younger children who routinely pass through my yard. Yesterday I found two aluminum nails which came to light only after a decent rainfall. Disappointingly, some cut shingles were also left in the gutters which is a much greater problem for an older person, meaning me, to resolve.

Note that the noise of the rain on the aluminum roof is not much different from that of the asphalt shingles. Perhaps a slightly higher pitch, but the insulation in the attic and the fact that the old shingles were left on the roof under the aluminum perhaps helped to make it almost unnoticeable.

Two days was quite a bit less than the estimated five for the installation. No complaints on this front. From signing the contract to completion was less than four weeks, which ranks as excellent service.

Neighbours have been very complimentary about the appearance, with one opining that it’s the best-looking roof in the area.

At the end of the day, my house and garage have great looking roofs which should add value when the house is sold (not anytime soon) and will not require replacement for the remainder of my ownership. Interlock personnel all performed admirably, and I am pleased with the final result.

Our new aluminum roof looks great on our Victorian house

It is a great feeling to know that our new Interlock roof has been completed. For 3 years we have looked at our roof and known we had to do something. We contacted Barry from yourlastroof.ca and he responded to our call immediately. We thought the products and the service he offered us were top of the line. We were not disappointed with either, our new aluminum roof looks great on our Victorian house, and the crew installing it did a terrific job. Each day after completing their work they did a thorough clean up of the job site. They were very pleasant to talk to and always explained what they were doing.

We honestly believe we made the right decision on selecting Barry and his crew to complete our roofing project. Now we have a roof that looks great and is guaranteed for our lifetime.

Following the installation of our new Interlock Roof (Slate Style in Green Colour) in late summer 2010, we are pleased to report that we are completely satisfied with the look and appeal of the new roof in addition and more notably with the quality of the product (Energy Star Rating) and installation. The Interlock installers were quite competent and meticulous in their work and procedures as well as being quite forthcoming and courteous in providing answers to our questions.

There was only one minor issue following the installation and that was resolved on a very timely basis and explains our complete satisfaction with this new Interlock Roofing System on our summer home originally built in 1940 on the 1000 Islands Parkway between Gananoque and Lansdowne. We are also grateful to Barry Brinson for arranging to have delivered to us a few more green Interlock tiles so that we can adapt and install them to the tops of the birdhouses found on the property!

Based on this very positive experience and outcome, we wholeheartedly recommend the Interlock Roofing system/product and the professional installation crew that worked on our summer home in the 1000 Islands.

With our many thanks and appreciation,
Sheila and Richard Brisson
Lansdowne / Ottawa, ON

I could not have had a better team of roofers, or a better product

I had a new Interlock roof installed a few weeks ago and would like to express my appreciation for work well done.

Your salesman, Mr. Barry Brinson, who was my first contact with Interlock, was impressive in his knowledge and experience. He gave me the confidence to deal with your establishment. He explained all roofing options and did not put any pressure on me to make an immediate decision.

Your roofing team under Mr. John Caverley were quietly efficient and proceeded to do the job in a professional manner that gave me confidence in the quality of their workmanship. They left my property spotless after their clean-up. Please thank them all for me.

My roof looks beautiful. It surpassed my expectations in terms of looks and I know that its durability will not disappoint. Mr. Brinson did not mention one advantage to your roof which both my wife and I enjoy: we love to hear the sound of the rain softly tapping on the roof.

To summarize, I am glad I chose Interlock to do my roof. I could not have had a better team of roofers, or a better product. Please express my appreciation to everyone involved for a job well done! Thank you.

Yours truly,
Frederick Abeysundera
Ottawa, ON

My new Interlock roof has satisfied me beyond all expectation

It has now been two years since the installation of metal interlocking shingles on the roof of my residence in Ottawa. As I indicated to the salesman at the time, if after two years I was totally satisfied with the installation and performance of my new roof I would take the time to extol the virtues of the Interlock system.

To date, I have indeed been most impressed with the performance of my roof prior to installation of the Interlock system, I was required to change the asphalt shingles on my roof every eight to ten years. Because I have a low slope roof on my home, I was not immune from the occasional leak between re-shingling jobs. Re-shingling a roof is a major financial investment, and obviously more so when considering an upgrade from the standard asphalt shingles used by the construction industry, Therefore, prior to my decision to accept the Interlock roof system, I had a number of concerns such as fading, longevity, performance, workmanship, appearance, etc. I can categorically state that, to date, initial apprehensions have not materialized. My new Interlock roof has satisfied me beyond all expectation. Besides the leak-free performance of my new root, the next greatest benefit is the appearance of the Interlock shingles versus the conventional asphalt shingles. Homes with the Interlock systems have a much greater aesthetic appearance as attested to by friends, neighbours and strangers passing through the area. This, in addition to the lifetime warranty (50 years on the resale of the home), greatly enhances the marketability of the home on re-sale. To say I am pleased as punch with my new roofing system is an understatement.

Thank you,
R.J. Bens
Ottawa, ON

The 50-year lifetime warranty, non-prorated and transferable is adding valuation to our property

We are absolutely satisfied with the appearance and durability of the new roof. The 50-year lifetime warranty, non-prorated and transferable is adding valuation to our property.

The workers were competent, answered our question without any hesitation and kept the site very clean.
We do not hesitate to recommend Interlock Industries. 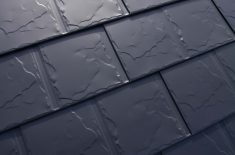 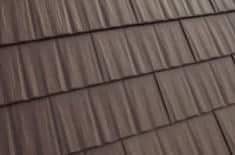 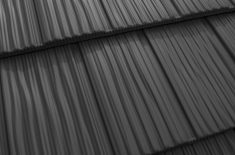 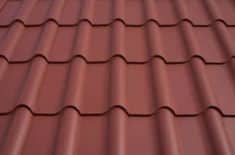 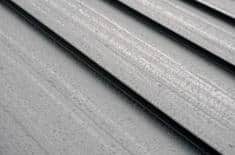 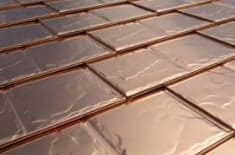 Get a FREE Quote

© 2021 The Interlock Group. Interlock®, Interlock Lifetime Roofing Systems®, Alunar®, and Never Re-Roof Again.® are registered trademarks of I.E.L. Manufacturing Ltd. and are used under license. Teflon™ is a trademark of THE CHEMOURS COMPANY FC, LLC used under license by Interlock Roofing Ltd. The ENERGY STAR name and the ENERGY STAR symbol are registered trademarks of the United States Environmental Protection Agency and are used with permission. When installed properly, this product will help reduce energy costs. Actual savings will vary based on geographic location and individual building characteristics. Consult your product manufacturer, roofing contractor, or call 1-888-STAR-YES (1-888-782-7937) for more information.